Crackdown on fraud in construction testing 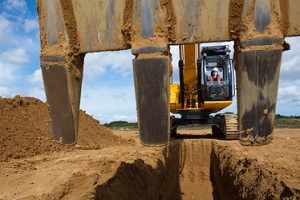 Organised crime in London, the Midlands and the North West is cashing in on pent-up demand for construction testing resulting from the months of lockdown, and CITB needs your help to stop it.

As industry begins to recover from the effects of the pandemic, CITB has received reports of assisted one-day Site Safety Plus (SSP) courses and the CITB Health, safety and environment (HS&E) test costing more than £1,000 - the true cost of the HS&E test is £21.

Training providers in the capital as well as areas in and around major British cities in these areas are being approached by individual facilitators allegedly offering to bring in large numbers of candidates and asking to use the provider’s facilities and registrations.

Some of these facilitators offer large amounts of cash as an incentive, but after the courses are run the cash is not forthcoming and the centre finds their standards may have been compromised.

Ian Sidney, CITB Fraud Manager, said: “The intelligence we are receiving is that the fraudsters are trying hard to capitalise in on a surge in demand caused by the lockdown. We know that organised crime infiltrates the testing process to get unskilled, illegal or trafficked people genuine qualifications so they can work in conditions of modern slavery on construction sites.

“This generates vast sums of money, some of which is known to help to finance terrorism and other organised criminality. You can help put a stop to it by getting in touch.”

If you are approached by unknown facilitators please let CITB know and help prevent fraud at report.it@citb.co.uk